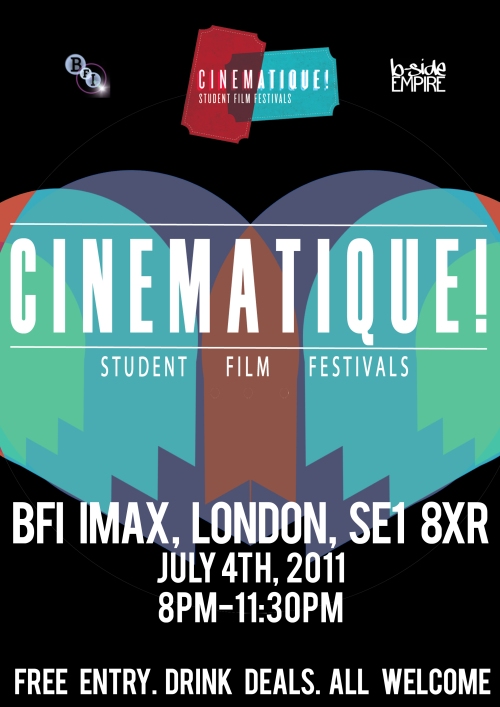 Many a film student has directed their way to fame and fortune  and The Cinematique! Student Film Festival, held at the BFI IMAX on Monday 4th July, is a chance to rub shoulders with some of the most promising rising stars in the student circuit today.

On this joyous day student film-makers will showcase their masterworks in front of an audience of fellow directors, artists and film-lovers. Short films from a wide spectrum of genres will be featured and you’ll get the chance to meet people who share your passion for the pictures.

Admission is free making this a pretty-much unmissable opportunity to network with the best future filmmaking talent at London’s disposal and to show your support for young film producers currently working outside the parameters of mainstream cinema.

This entry was posted in News and tagged bfi, film festivals, student. Bookmark the permalink.