W.E. was certain to ruffle a few feathers and gain immense amounts of publicity, being a film about one of the most notorious couples of the 20th century, directed by Madonna. The biggest questions were: would Madonna change our minds about Mrs Simpson and achieve the acclaim as a director that she was previously seeking as an actress?

With W.E., the pseudo-love story of American socialite divorcee Wallis Simpson (Andrea Riseborough) and King Edward VIII (James D’Arcy), Madonna’s only achievement in tackling this intriguing moment of history is to create a damp squib of hair-tearing idiocy.

It’s not even really about Wallis Simpson and King Edward. Sure, Madonna establishes some period settings of awkward lusting between the ill-matched duo and some scenes of Wallis being hounded by the British press but she seems more preoccupied with a contemporary narrative.

Wally (Abbie Cornish), so-named due to her mother’s obsession with the royal scandal, is in an abusive marriage to a high-flying doctor. She is also obsessed with Wallis Simpson, so by means of escape she regularly visits a museum exhibiting a large collection of Wallis and Edward memorabilia. Cue haphazard flashbacks to Wallis wearing this piece of jewellery or posing for that photo. Cue also Wally’s growing fondness for the museum’s Russian immigrant security guard and part-time intellectual (Oscar Isaac) whose name, you guessed it, starts with an ‘E’. Oh, the coincidence. But don’t fret; Wally won’t have to fall on hard times as the security guard has what, to all intents and purposes, looks like the penthouse suite of some art installation apartment. Such is the way of these things.

It would take too long to list all the false steps W.E. makes (although a 1930s drug-fuelled shindig orchestrated by the Sex Pistols and a ridiculous third act movement involving Wally’s trip to Paris to meet Mohammed Al Fayed, rank among its most ludicrous). To add insult to injury, they’re all shot by way of self-indulgent soft focus and grainy close-ups, as if Madge is making a 2 hour music video. There is also some very irksome staging; Wallis and Edward consider marriage arrangements while walking round and round a tree. It is such a shame that Riseborough’s accomplished performance had to appear in such an inept film.

Don’t be fooled by the posters. Cashing in on the furore created by The King’s Speech last year, W.E. is one of the most misjudged and undramatic films you’re likely to see for some time. ‘WI’ would have made more compulsive viewing. 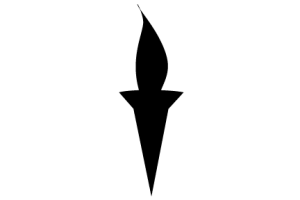 Adam has awarded W.E. one Torch of Truth